We've had a sunny start to the month of November, although that isn't supposed to last. 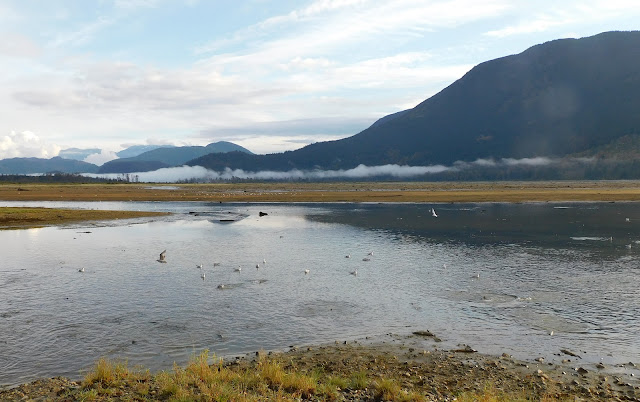 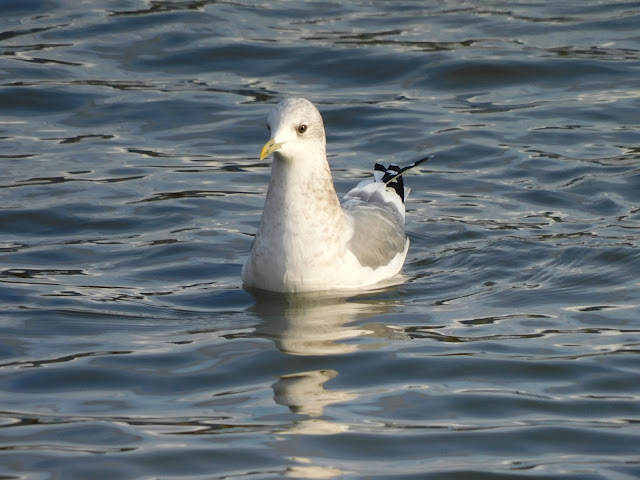 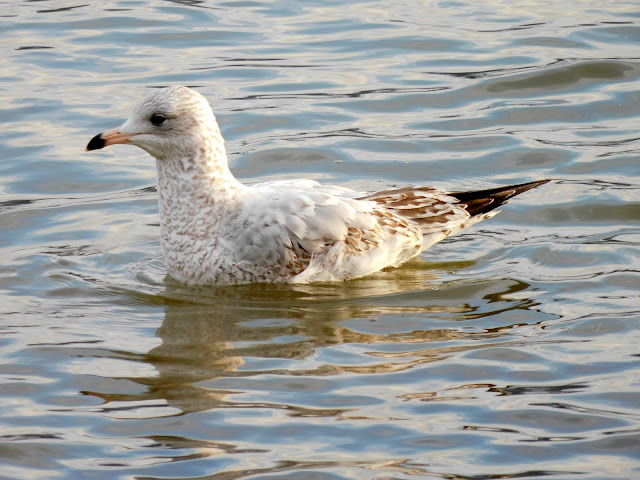 there are a few of these young Ring-bill gulls mixed in as well. 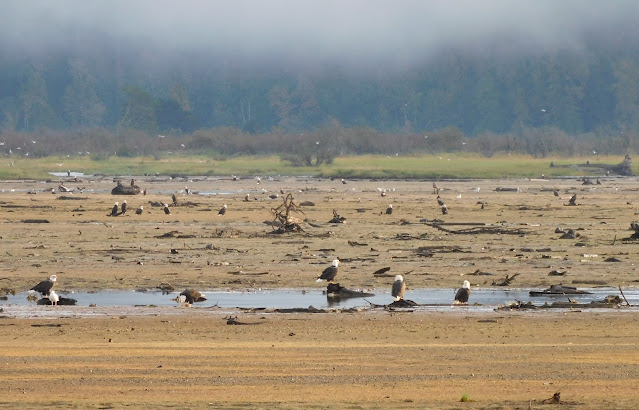 and it is getting pretty busy way out there.... 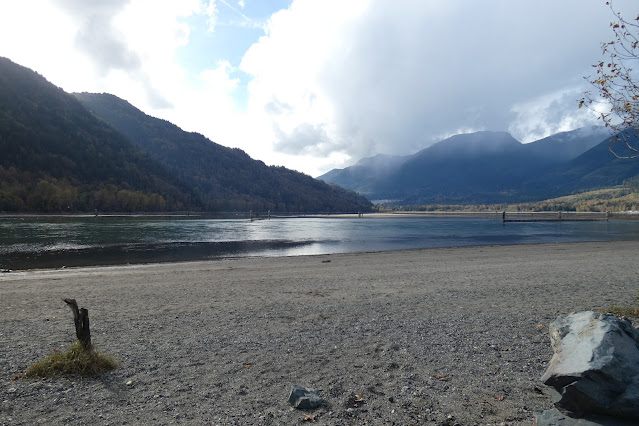 this was Kilby beach yesterday afternoon 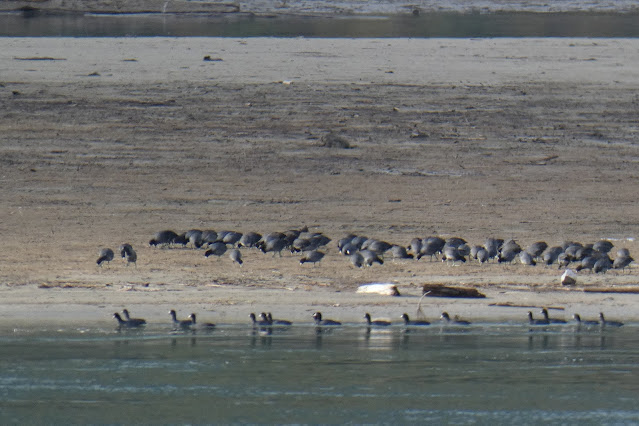 there were hundred's of American Coot out there yesterday, these were just a few of them. 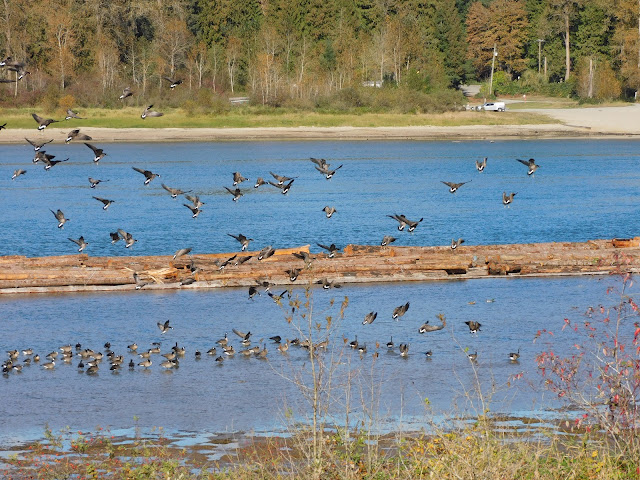 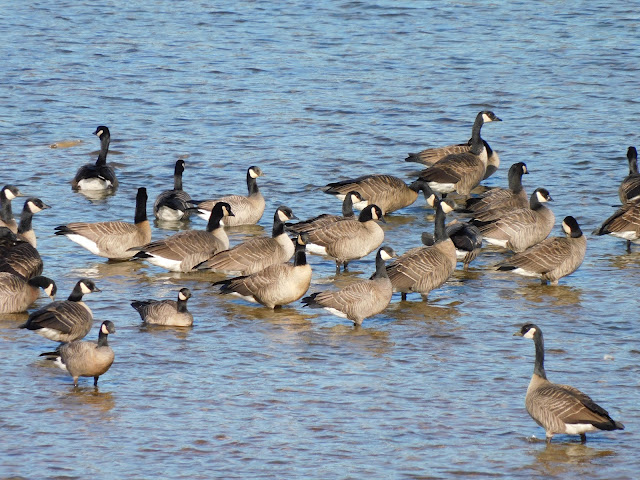 a mix of Canada and the smaller Cackling Geese. 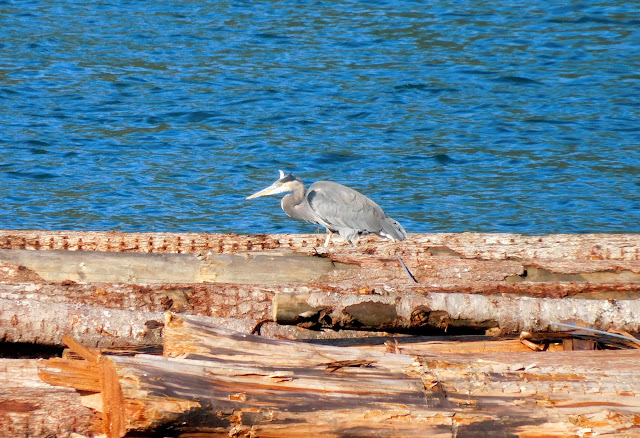 out on the log booms, which are almost high and dry again, a Great Blue Heron 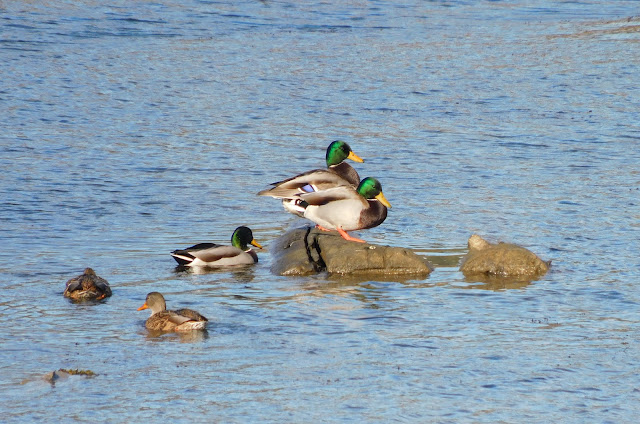 there were a few Mallard there as well.  Way off across the bay there were American Wigeon as well. 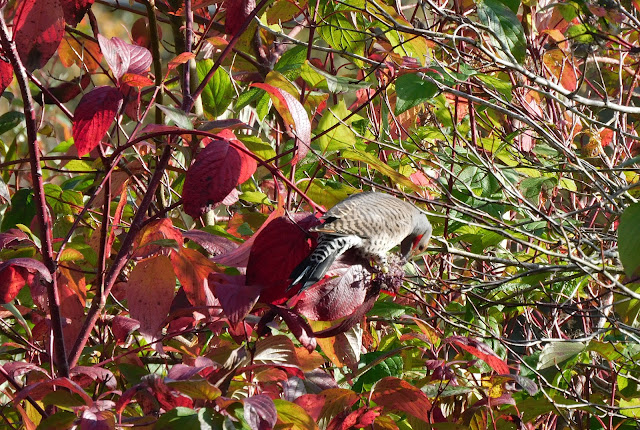 in the bushes, a male Red Northern Flicker was eating the berries of the Red Osier Dogwood 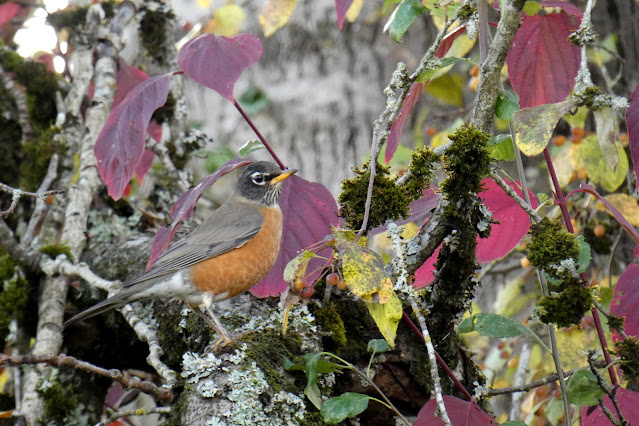 there have been quite a few American Robins as well eating not just the Osier berries, but the fruits of the Pacific Crabapples.

If the weather forecast is correct, next week is going to be pretty chilly, so maybe Varied Thrush will show up.  I've been hearing Pacific Wren but haven't managed a picture yet.