We've been home now for almost a week but the weather had been so incredibly hot that there was no way we were doing anything but staying inside with the air conditioner on.  All that changed yesterday when we finally got a bit of rain and cooler temperatures.  So took advantage to go for a walk over at the dike. 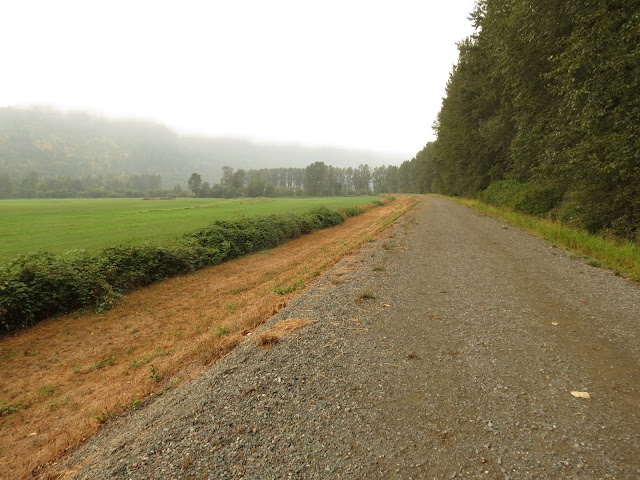 where, incredibly, the fields beside the dike were still green....you can see that was not the case right beside the dike....and once again, they've mowed it - hopefully that will be the last time now until next year. 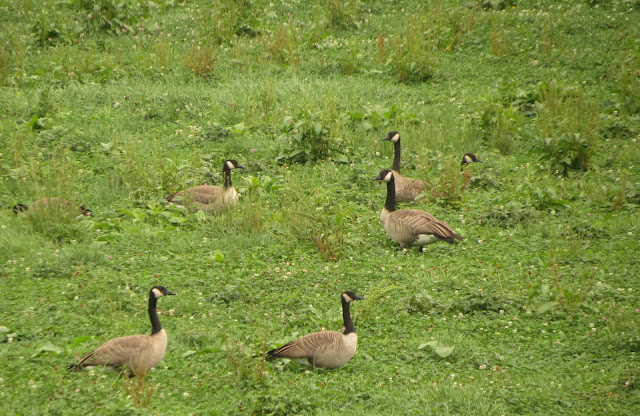 there were some Canada Geese out in the fields.... 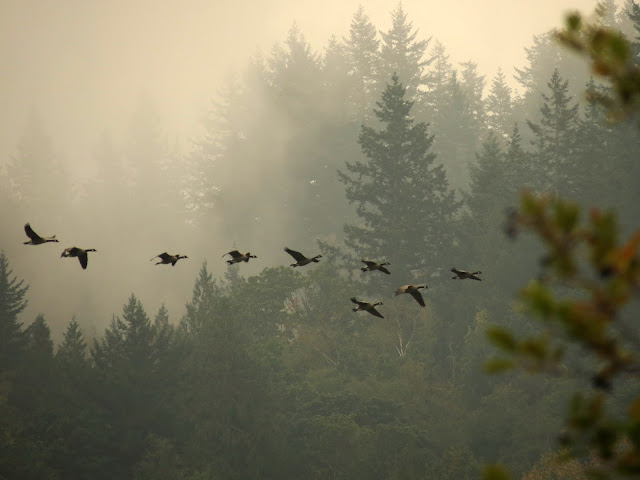 and a few more in flight.....if that photo doesn't tell you that fall is on it's way I don't know what might!

The most notable sighting.... 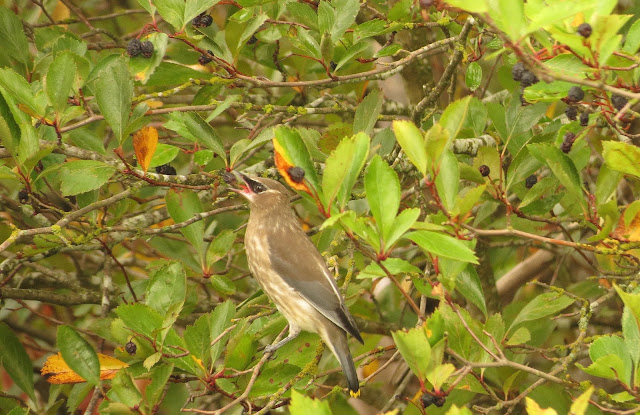 were the numerous number of young Cedar Waxwing filling up on the fruits of the Black Hawthorne. 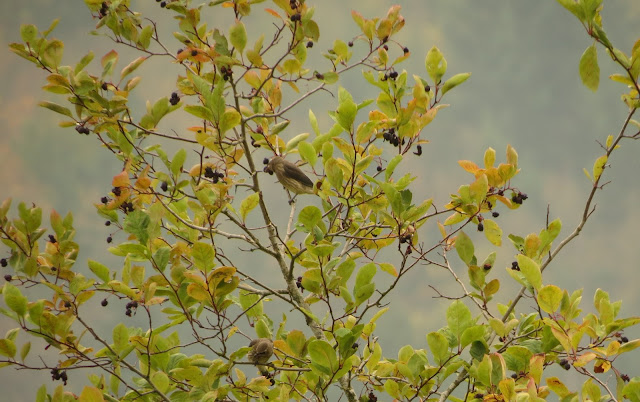 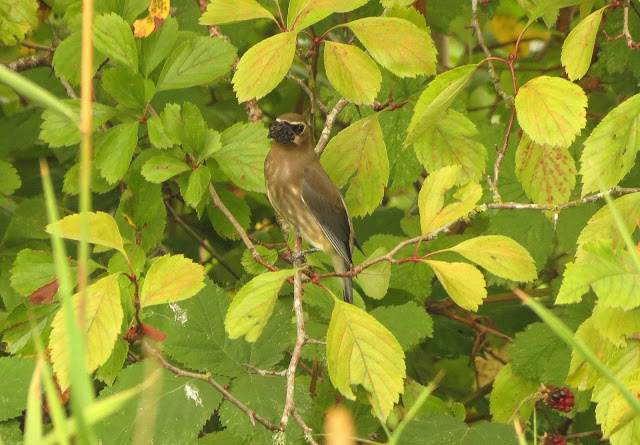 and if it wasn't hawthorn they were eating, it was Black Berries.  Could hear a number of robins too but none cooperated for a photo! 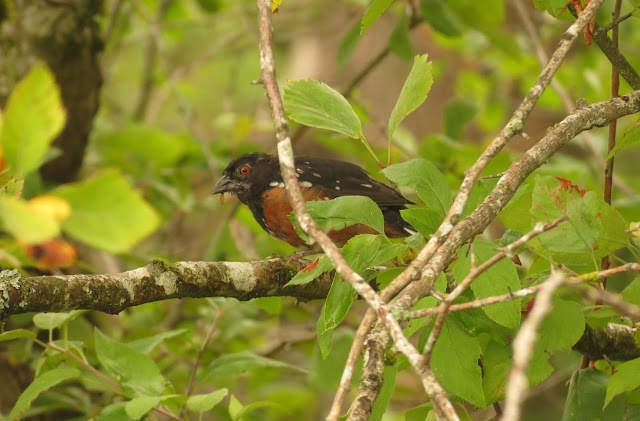 did see this Spotted Towhee with a mouthful of bug.... 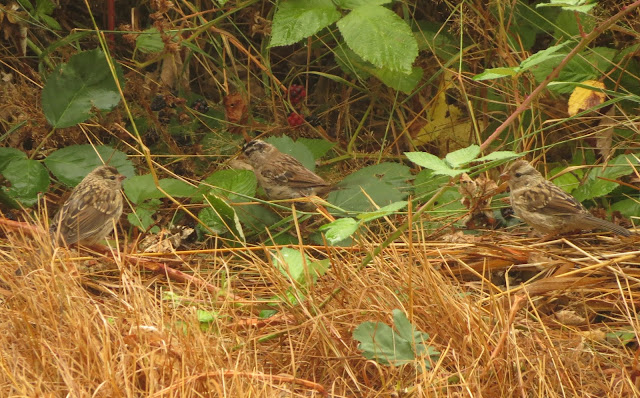 and further along this late family of White-crowned Sparrows.  Obviously a second or possibly third hatching. 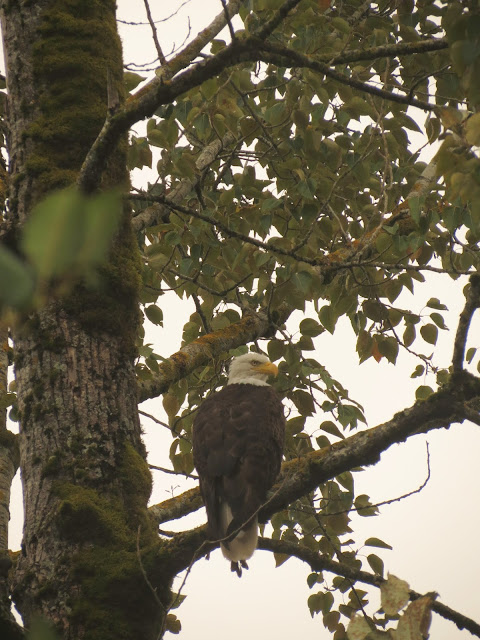 and yes, there was one of the adult Bald Eagles perched not too far from the vicinity of the nest. 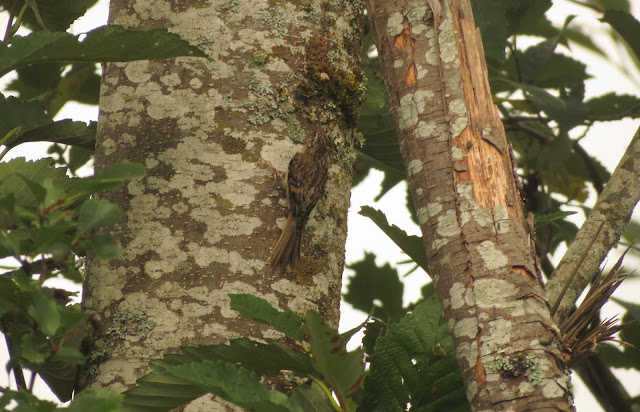 a bit of movement on the bark of this tree turned out to be what I suspected it might be....a Brown Creeper. 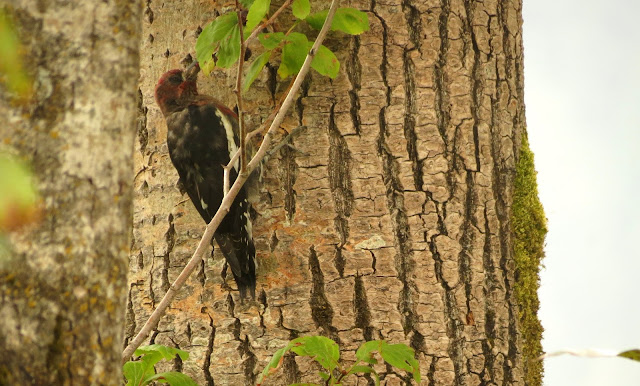 and in another spot, a young Red-breasted Nuthatch. 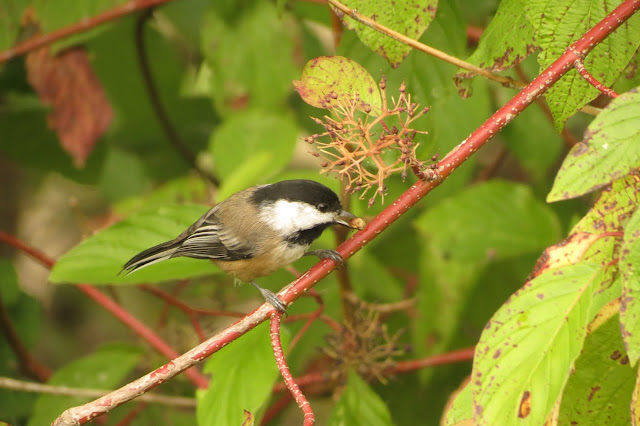 Black-capped Chickadees were eating the berries of the Red-Osier Dogwoods.

Not eating berries, but equally busy were any number of ... 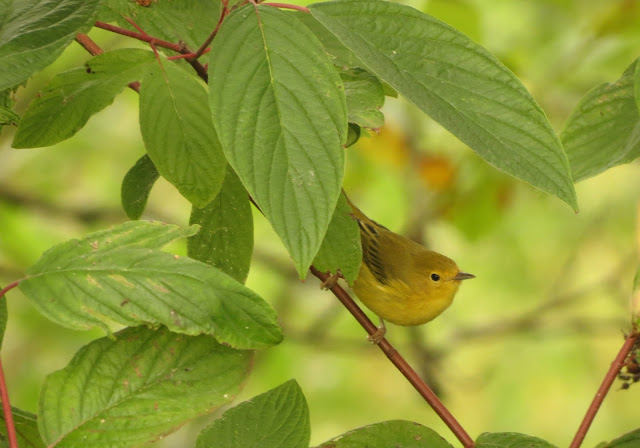 warblers.  This one being a Yellow Warbler, but also saw Orange-crowned and Black-throated Grey.  Who knows how many others were in the mixed flock.  An impatient husband and pair of dogs got tired of standing peering at birds....so had to carry on. 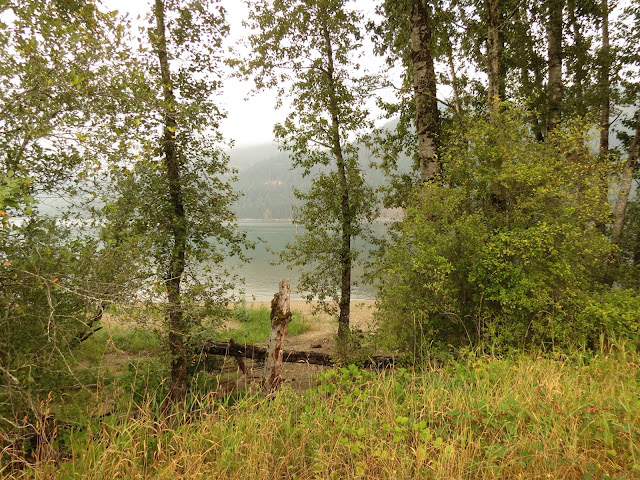 so just one final look.....still not a lot of beach there considering the lateness of the season.  The campground was still pretty full though.