We've had a couple of beautiful days to end off a very wet month. 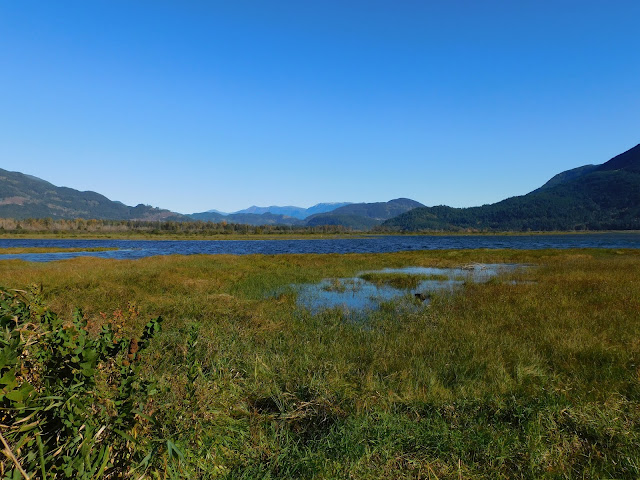 all that rain has certainly raised the water levels again. 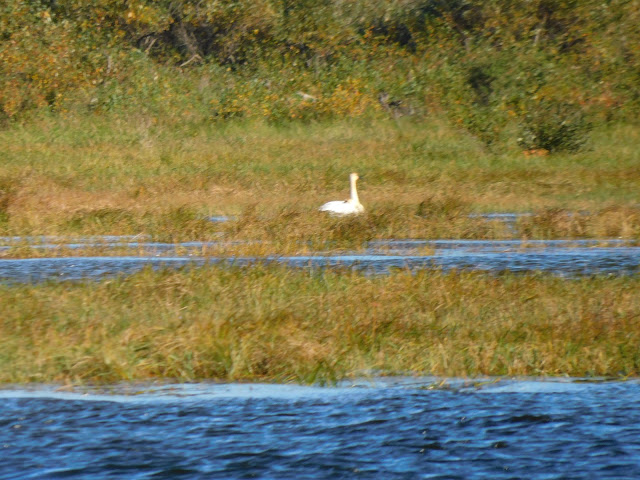 it's a terrible picture, but the first couple of Trumpeter Swans for this season showed up yesterday, way off in the distance in a sheltered spot because the wind was really blowing out in the open areas. 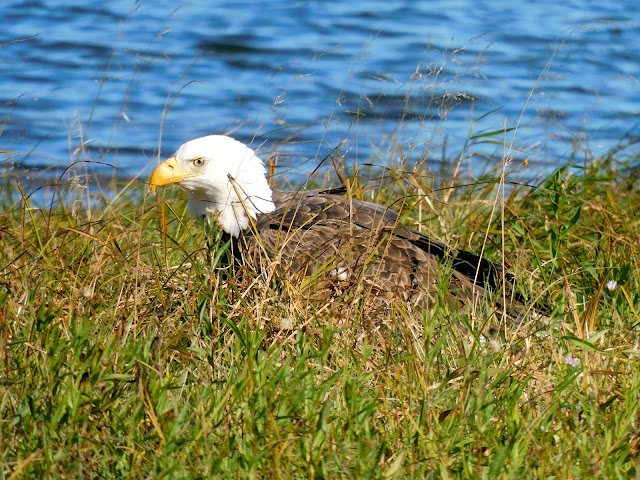 viewing of Bald Eagles is a little difficult right now with all that water out there, except when you get one feeding down in the grass right at the edge, like this one today. 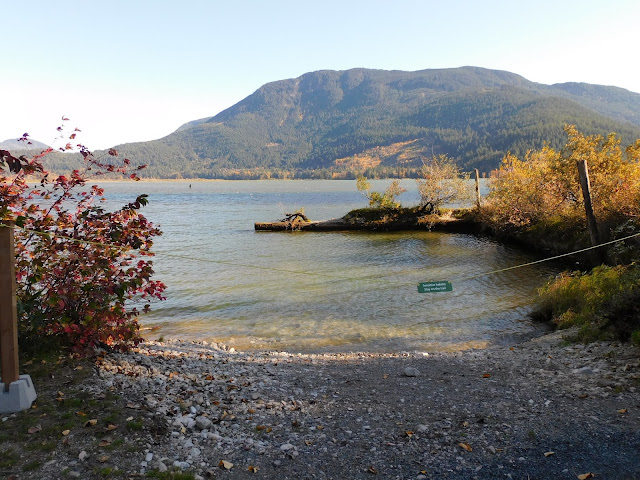 over at the log bay the parks department has put up barriers to remind people to stay back from the waters edge to allow the salmon to spawn in peace.  Lets hope it works. 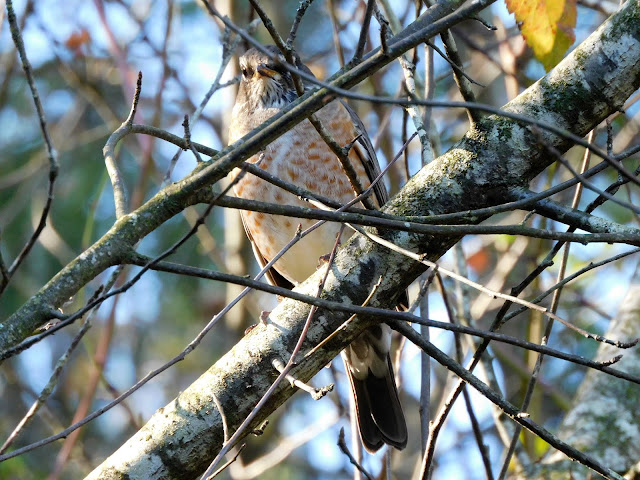 On the way home, spotted movement which turns out to be an American Robin.  We don't usually see robins this late in the season but they seem to be hanging on this year, in fact a friend in the Logan Lake area still has robins there.

Have to mention that while walking the dogs just as it was getting dark tonight, there were lots of eagles soaring just over the hill beside us, bats flying around and large flocks of Canada Geese being very vocal.  It was all very Halloweenish!

I'm afraid I've been a bit negligent about posting lately so time to catch up. 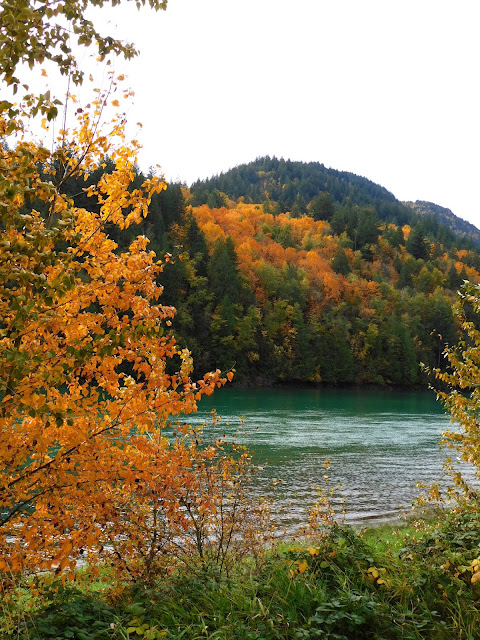 First of all I have to say that despite all the rain we've had, the fall foliage this year has been stunning! 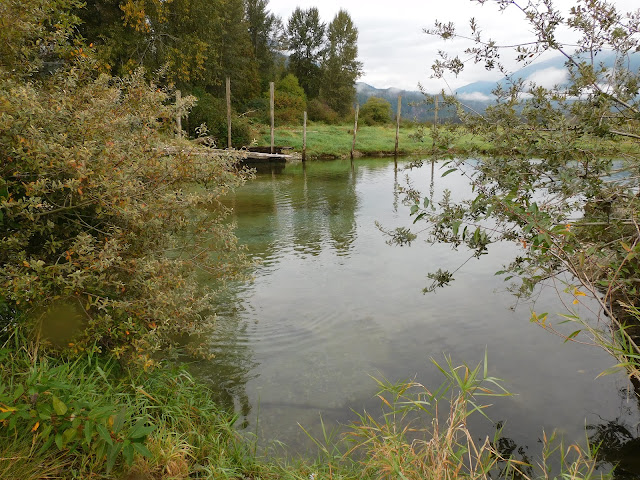 Everything has been progressing pretty much as one would expect for the time of the year.  Chum Salmon arrived right on schedule, although so far their numbers are pretty low but I am hearing that the fishing is fantastic, so I guess there are a lot of fish out there.  One of the problems is that all the rain we've been having has kept water levels high which keep the fish happy, but harder to see. 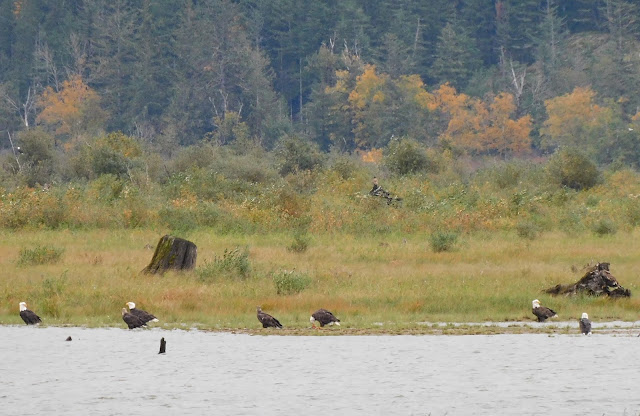 Of course, with the salmon arriving, so come the Bald Eagles, a couple of hundred were counted out on the bit of dry land a few days ago, but since then water levels have climbed even more, so the eagles may be here, but viewing them isn't an easy matter. 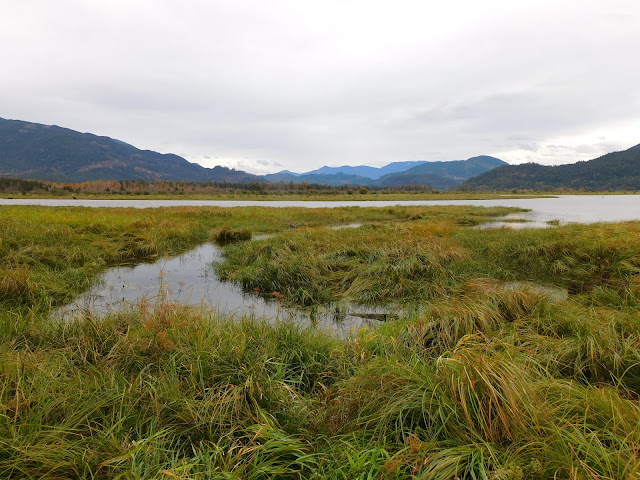 the grasslands at the estuary are pretty soggy right now...there is, by the way, a heron in this picture 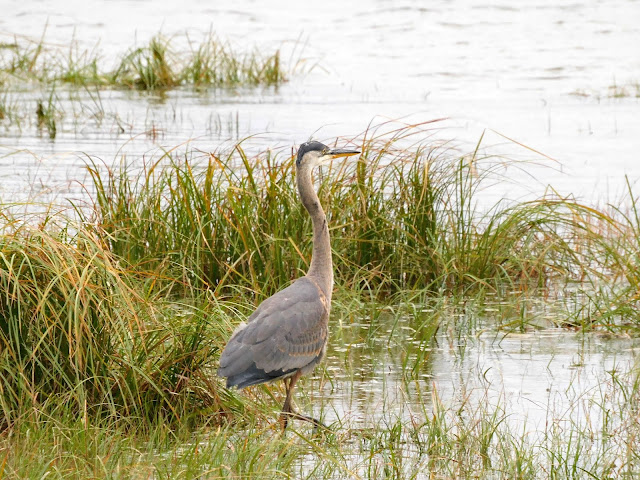 there it is!  You can usually find one or two of these guys out there.  When water levels were lower we were getting quite few waterfowl.  Not sure where they are right now.  Some days there are masses of Canada Geese, other days not one in sight.
There has been on big surprise sighting.... 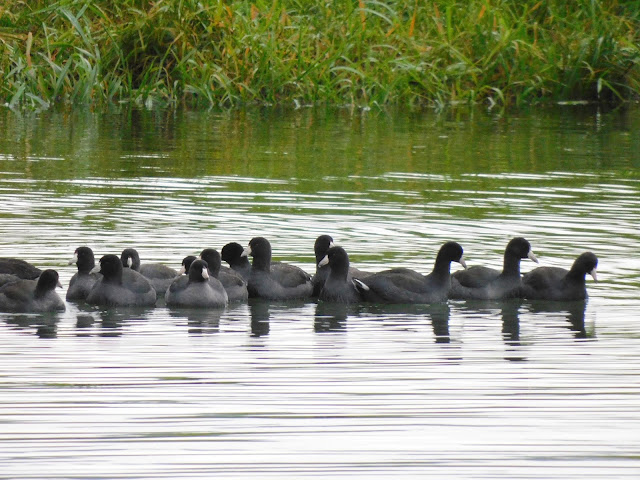 a small raft of American Coot at the log bay!  Only the 2nd time I can recall seeing them in this spot....and possibly no wonder, because they weren't there, then suddenly the appeared out of the grasses, I snapped a few pictures and they vanished back into the grasses, so even though I knew they were there, you would never be able to prove it. 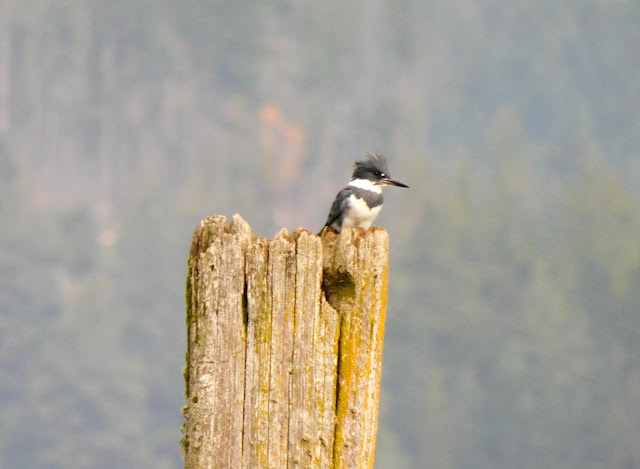 you can usually find a Belted Kingfisher around somewhere too.
Smaller birds have been a bit harder to spot, but are around.... 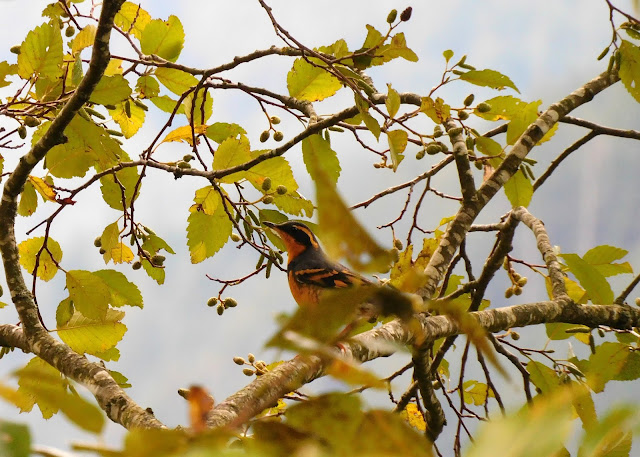 including the colourful Varied Thrush that will be with us for the winter.  A few robin are still here and regulars like Song Sparrows, Towhee, Black Cap Chickadees.  Have been hearing Pacific Wren regularly but those active little guys are hard enough to spot and photograph in bright conditions so impossible in the weather we've been having. 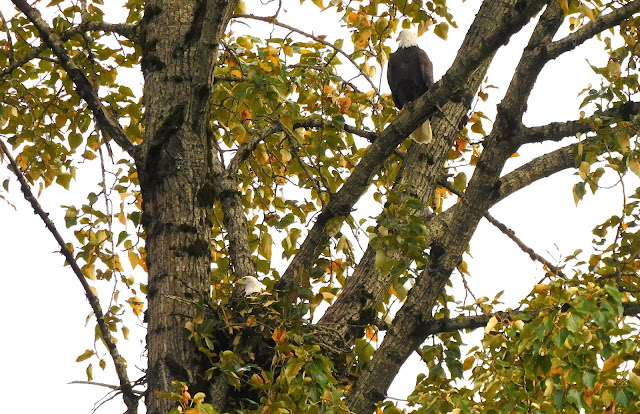 We've discovered another eagle pair working on a nest in a new location.  Hopefully it will be successful. Another pair has been half heartedly working on the nest that blew apart last year but don't seem to be making much progress.
So we will leave off with another fall foliage photo because after the wind and rain we've had the last few days, most of the leaves will probably now be on the ground. 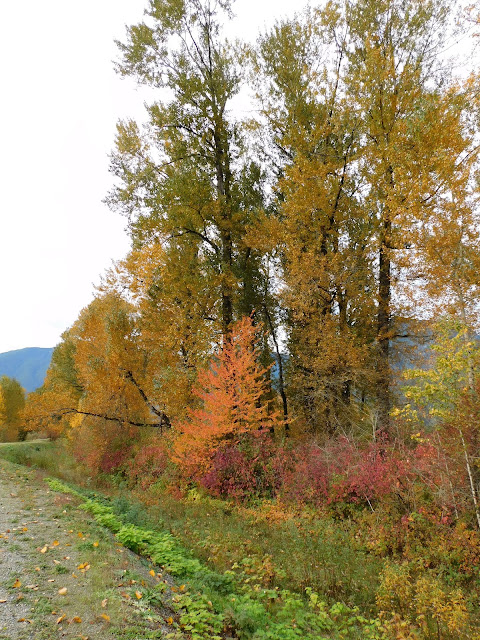