Today, the 5th day of April, was a beautiful day.  Not only was the sun shining, but the wind, which has been cold and persistent, was down to just a mild breeze. 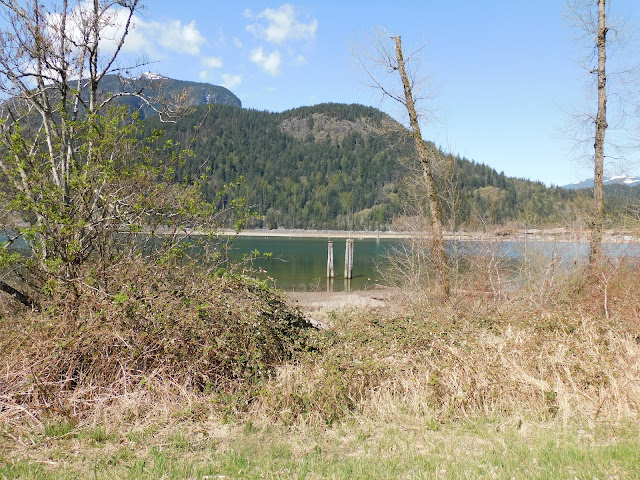 and as you can see, things are turning green rapidly! 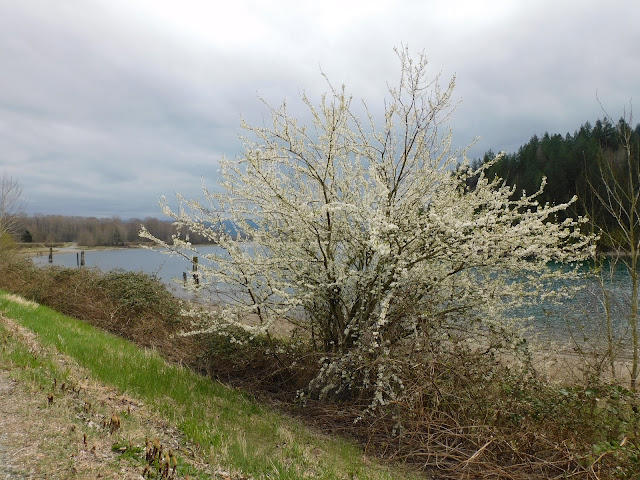 Flowers are starting to show up too....this plum tree, in a different section of the dike is almost finished (photo taken a few days ago) 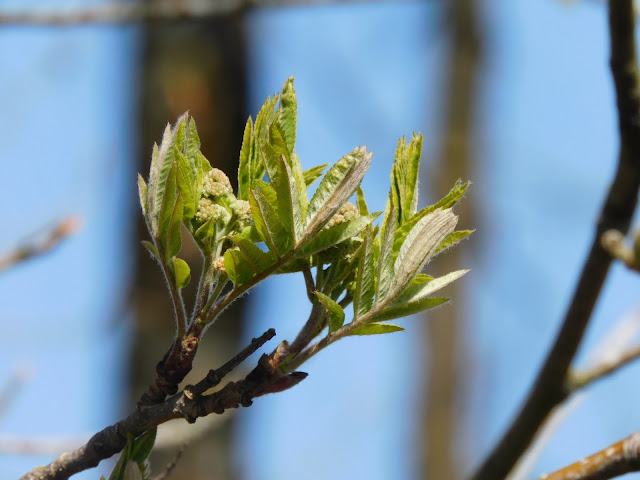 some, like the Mountain Ash are in early stages and others barely begun.

The bird species are slowly increasing.... 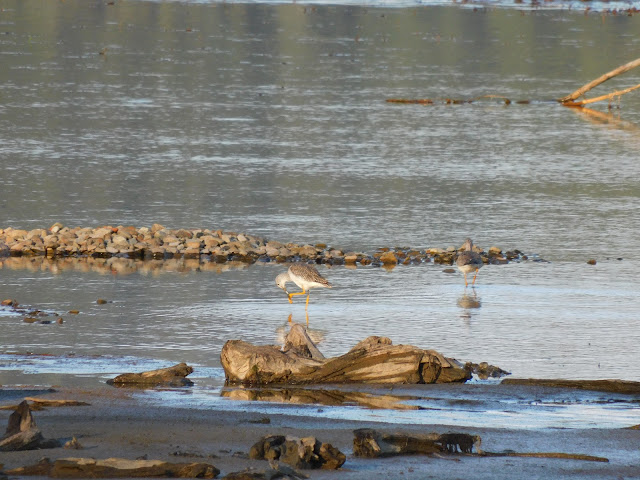 yesterday  evening there were 3 Greater Yellowlegs at the log bay and today had a brief glimpse of a White-crowned Sparrow, but we are still waiting for a positive sighting of a Rufous Hummingbird or a Yellow-rump Warbler. 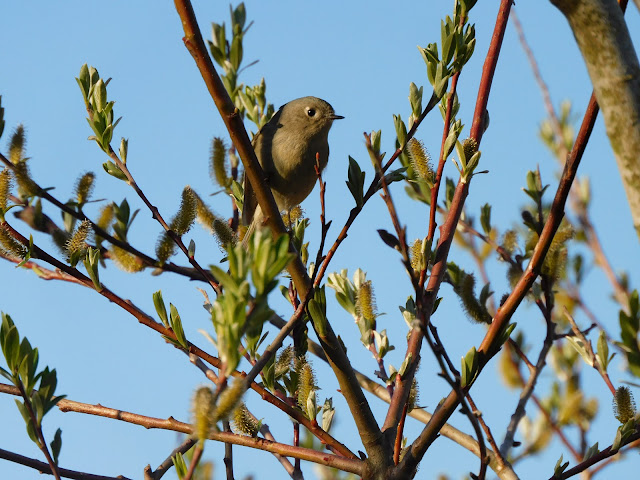 there are quite a few Ruby-crowned Kinglets around though, which would be considered normal for the time of year. 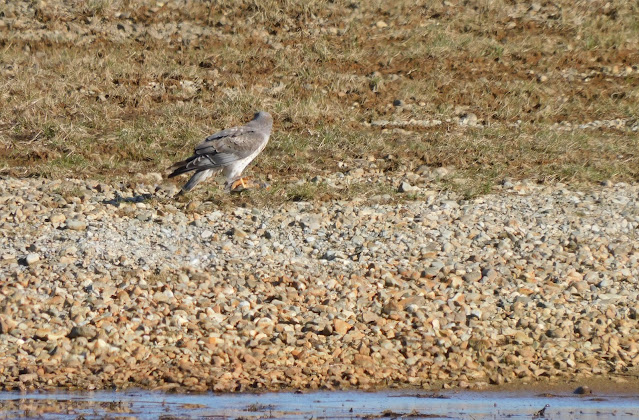 this morning we spotted a Northern Harrier....hadn't seen one in the area for a while, unfortunately, it was eating a robin.....with the water levels about as low as they ever get, you'd think that it could find a mouse or something!

By the way....speaking of the flats and low water levels.... 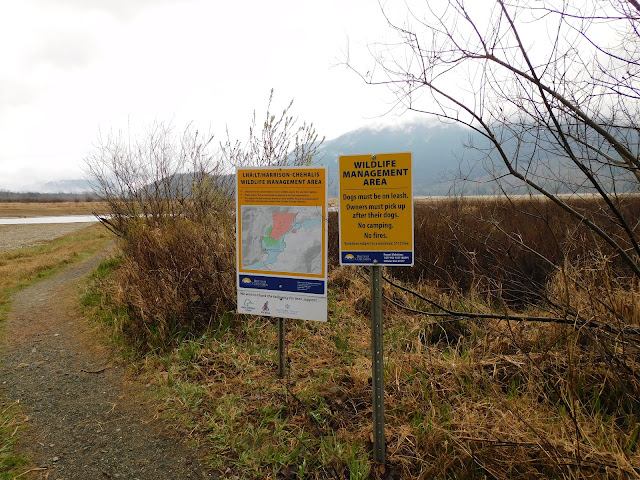 we finally have our official Wildlife Management Area signs!