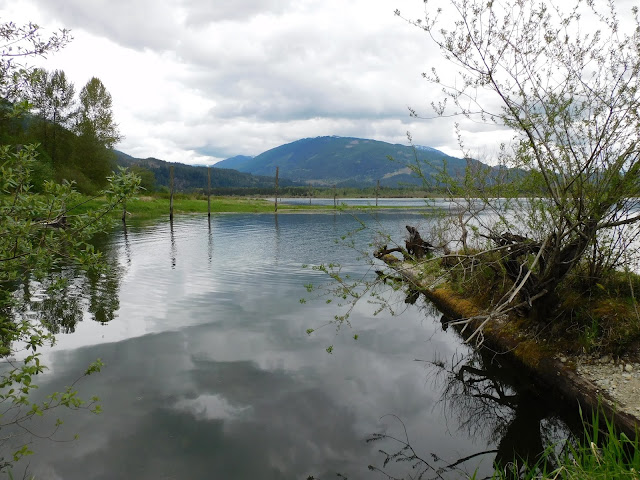 Cooler, more seasonal temperatures has slowed the rise of the water, in fact it has even receded slightly. 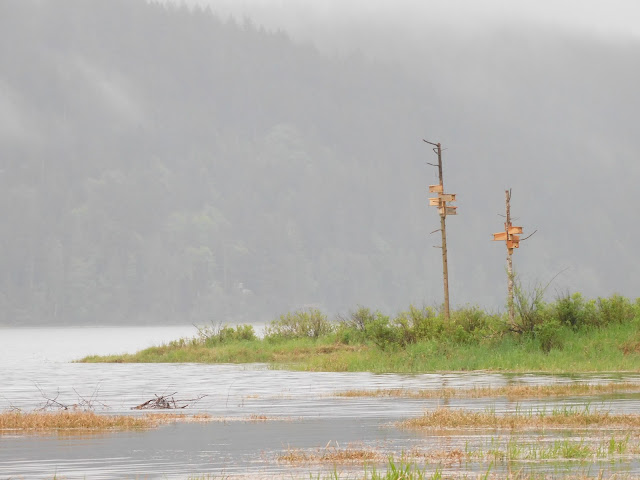 We have an exciting new addition to the estuary!  New nesting boxes for the Purple Martins.  One of the 3 sets that have been in place for a number of years was lost last winter, these two sets have been erected to replace those lost and to increase the number of nesting sites available. Purple Martin should be showing up anytime now. 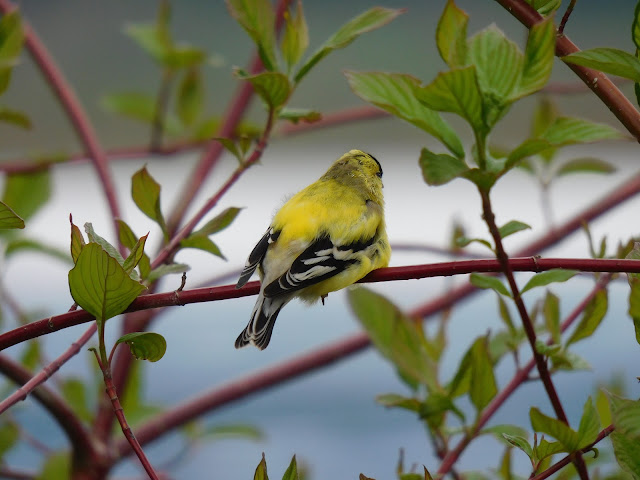 We are still waiting for a lot of our summer visitors to arrive....the American Goldfinch are increasing in numbers, you'll notice this guy isn't quite molted into his summer, breeding plumage yet. 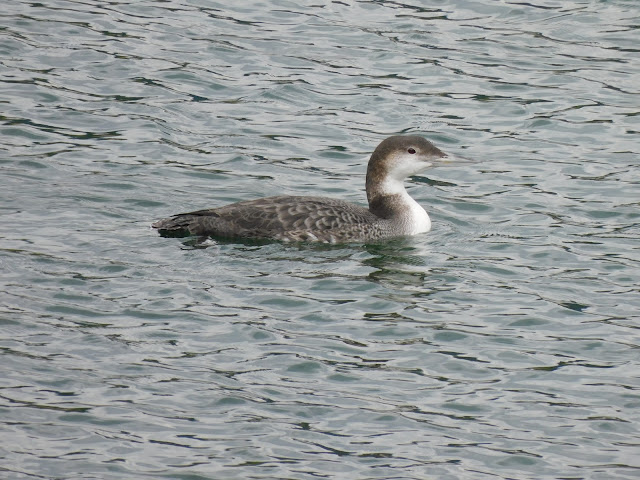 this Common Loon, seen on the river the other day, is still in it's winter plumage as well. 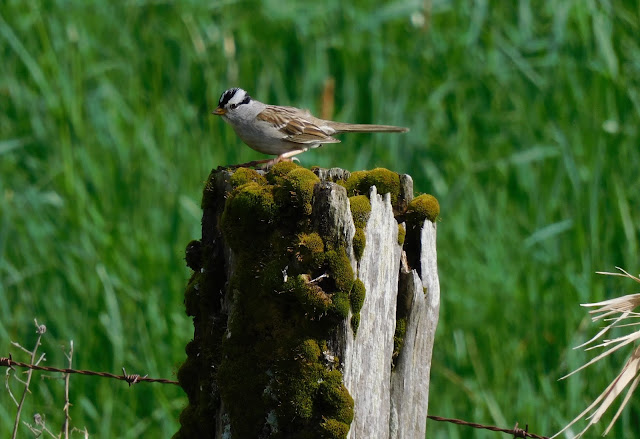 Numbers of White-crowned Sparrows are increasing so they are seen pretty much daily now... 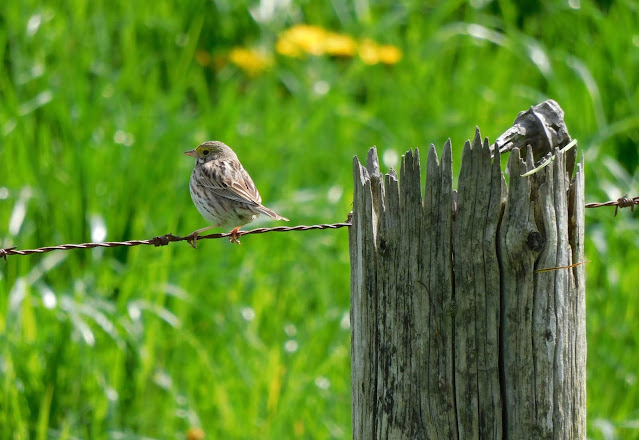 and Savannah Sparrow are set up and seen regularly in one particular spot as well. 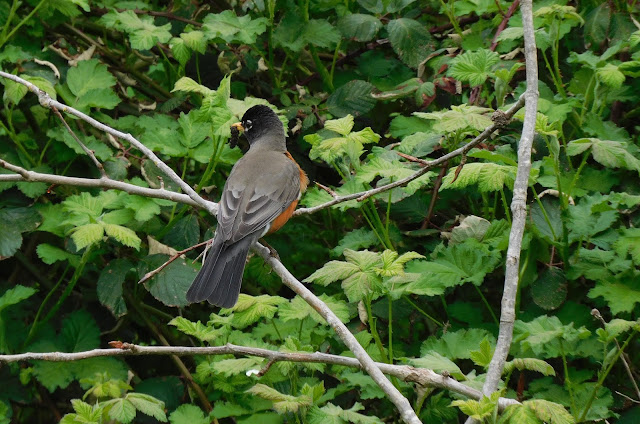 Some Robin's are already feeding their first brood of the season!

Brown-headed Cowbirds, perhaps are least welcome summer visitors, showed up yesterday.  Also, Sandhill Cranes were heard in the area yesterday, perhaps just flying over although they have been known to stop at the estuary if conditions are right. Haven't had any luck spotting them, nor have I heard them again.

Meanwhile it is getting very pretty as 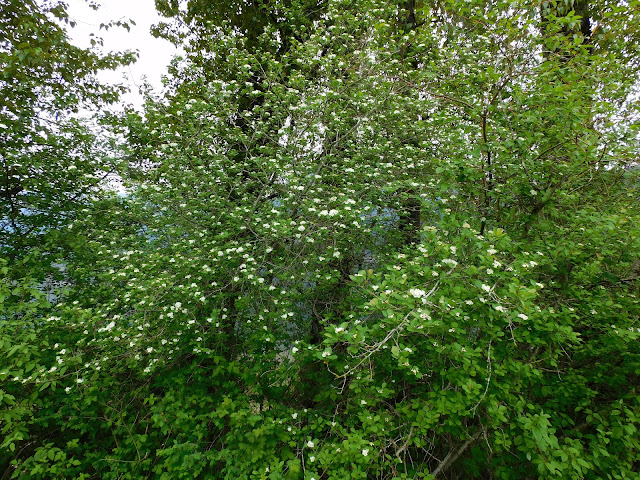 the native flowering trees, are coming into full flower. 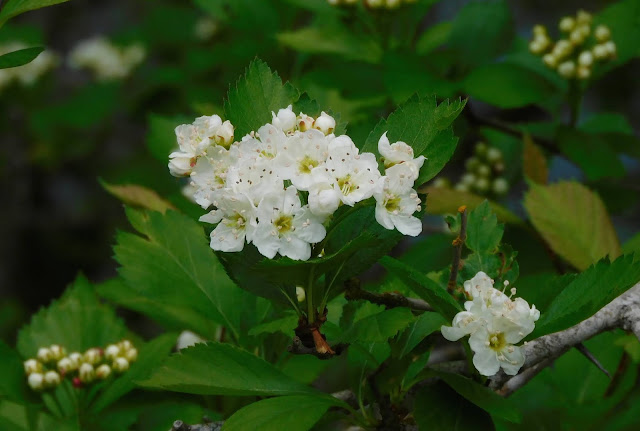 the Black Hawthorne which will produce black fruits to feed birds later in the season, 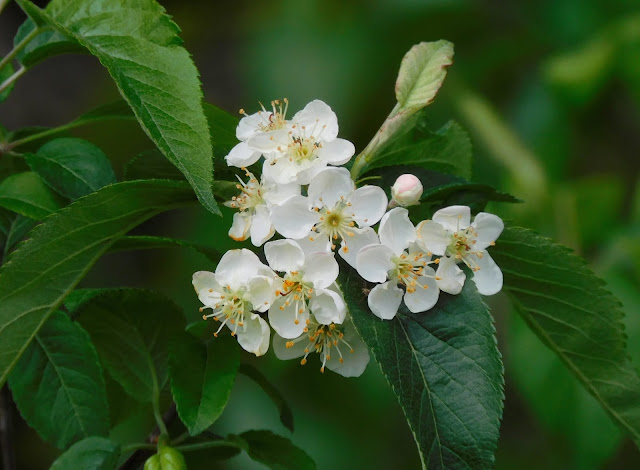 and Pacific Crab Apple, whose fruit will hang on well into the winter, that is if migrating birds don't clean it all up in early fall.