and now it is October!

Here we are.....October - the time of year when life gets interesting here along the Harrison River.  We will set the scene: 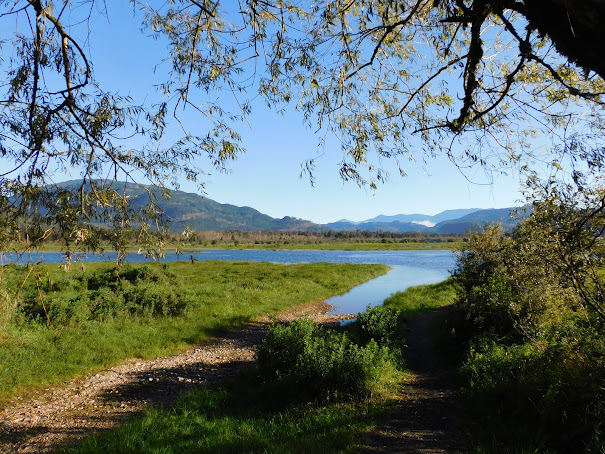 Here at the estuary we have water - more water for this time of the year than I recall ever seeing before.  Not sure how, or if, it will influence things.  There are certainly a lot of Canada Geese enjoying it and last night, even as late as midnight, we were hearing all sorts of geese, duck and gull calls.

Another interesting thing is that there have been several sightings of elk out on the dry areas of the estuary.  Elk were introduced further up the valley and seems they have moved down this way.  So far, I haven't been lucky enough to see them. 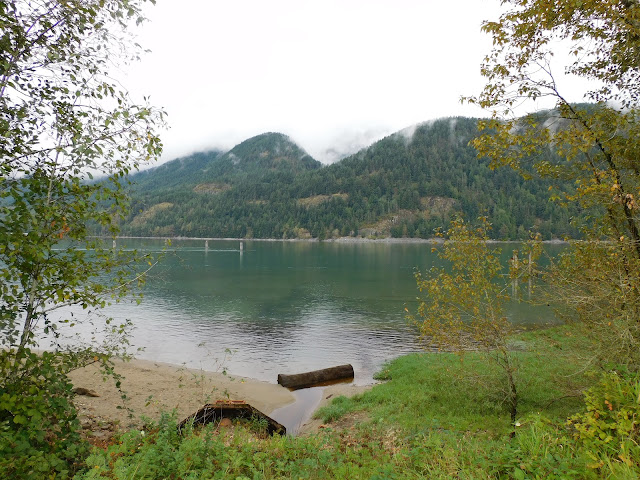 over at Harrison Bay what has been most noticeable, other than the higher than normal water levels, were the number of eagles....couldn't get a picture but we did see 7 of them, which is higher than normal for this time of the year, again, don't know what that indicates for the season, if anything. 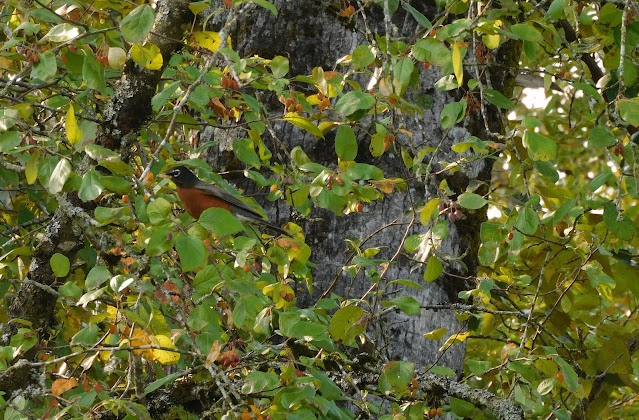 another thing we've noticed is that the huge crops of berries, Mountain Ash, Black Hawthorne and Red-Osier Dogwood have been completely devoured.  The Pacific Crabapple fruit are still there but one wonders for how long as the trees were full of American Robins eating them. 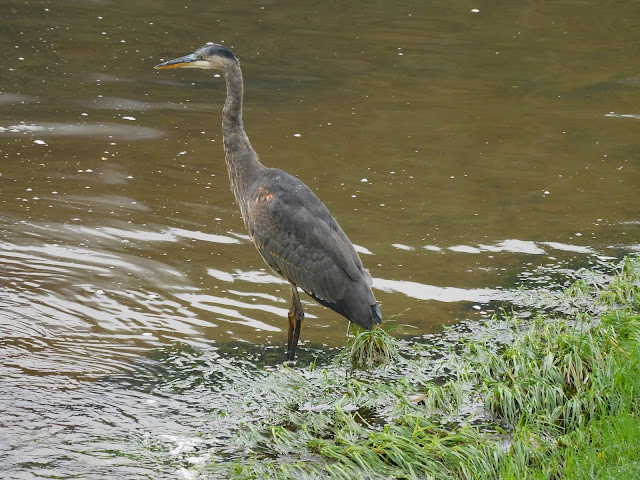 There haven't been a lot of birds to photograph yet, but his young Great Blue Heron obliged yesterday. 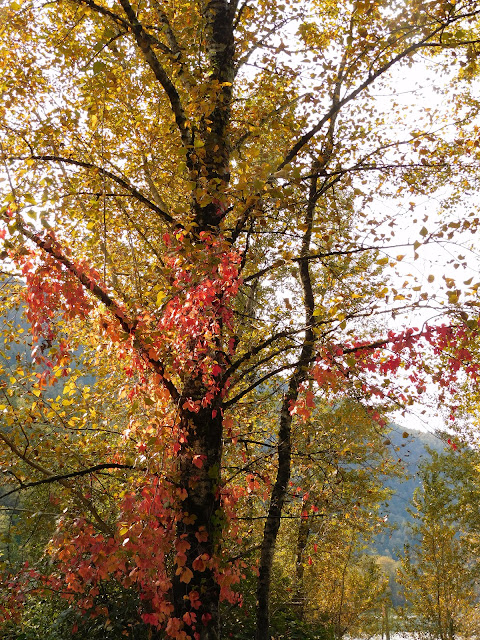 and I think, for now, we will just leave with this photo that really say's 'Fall is here'!